An electric guitar is a guitar that requires external amplification in order to be heard at typical performance volumes, unlike a standard acoustic guitar (however combinations of the two - a semi-acoustic guitar and an electric acoustic (see below) guitar - exists). It uses one or more pickups to convert the vibration of its strings into electrical signals, which ultimately are reproduced as sound by loudspeakers. The sound is sometimes shaped or electronically altered to achieve different timbres or tonal qualities on the amplifier settings or the knobs on the guitar from that of an acoustic guitar. Often, this is done through the use of effects such as reverb, distortion and "overdrive"; the latter is considered to be a key element of electric blues guitar music and rock guitar playing. Invented in 1932, the electric guitar was adopted by jazz guitar players, who wanted to play single-note guitar solos in large big band ensembles. Early proponents of the electric guitar on record include Les Paul, Lonnie Johnson, Sister Rosetta Tharpe, T-Bone Walker, and Charlie Christian. During the 1950s and 1960s, the electric guitar became the most important instrument in popular music.[1] It has evolved into an instrument that is capable of a multitude of sounds and styles in genres ranging from pop and rock to country music, blues and jazz. It served as a major component in the development of electric blues, rock and roll, rock music, heavy metal music and many other genres of music. Electric guitar design and construction varies greatly in the shape of the body and the configuration of the neck, bridge, and pickups. Guitars may have a fixed bridge or a spring-loaded hinged bridge, which lets players "bend" the pitch of notes or chords up or down, or perform vibrato effects. The sound of an electric guitar can be modified by new playing techniques such as string bending, tapping, and hammering-on, using audio feedback, or slide guitar playing. There are several types of electric guitar, including: the solid-body guitar; various types of hollow-body guitars; the six-string guitar (the most common type), which is usually tuned E, A, D, G, B, E, from lowest to highest strings; the seven-string guitar, which typically adds a low B string below the low E; the eight-string guitar, which typically adds a low E or F# string below the low B; and the twelve-string guitar, which has six pairs of strings. In pop and rock music, the electric guitar is often used in two roles: as a rhythm guitar, which plays the chord sequences or progressions, and riffs, and sets the beat (as part of a rhythm section); and as a lead guitar, which provides instrumental melody lines, melodic instrumental fill passages, and solos. In a small group, such as a power trio, one guitarist switches between both roles. In large rock and Metal bands, there is often a rhythm guitarist and a lead guitarist. 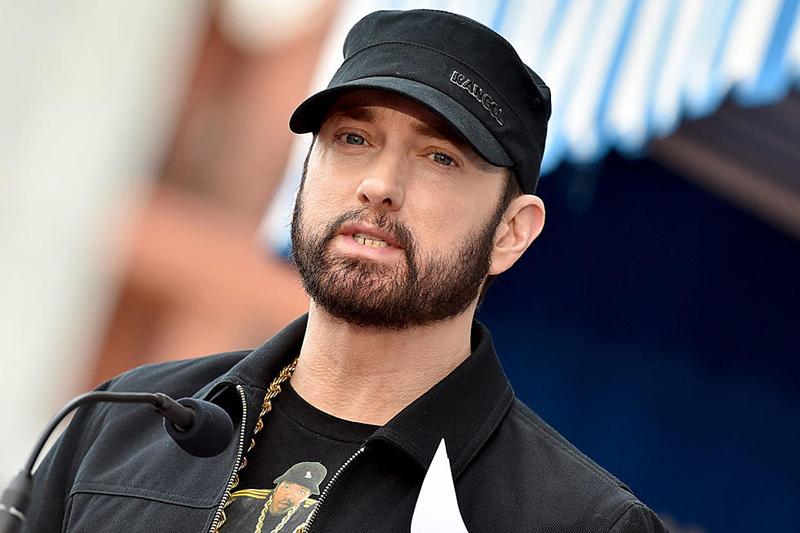 Marshall Bruce Mathers III (born October 17, 1972), known professionally as Eminem (/ˌɛmɪˈnɛm/; formerly stylized as EMINƎM), is an American rapper, songwriter, and record producer. Eminem is among the best-selling music artists of all time, with estimated worldwide sales of over 220 million records. He is credited with popularizing hip hop in Middle America and is critically acclaimed as one of the greatest rappers of all time.[2] Eminem's global success and acclaimed works are widely regarded as having broken racial barriers for the acceptance of white rappers in popular music. While much of his transgressive work during the early 2000s made him hugely controversial, he came to be a representation of popular angst of the American underclass. He has been influential for many artists of various genres. After his debut album Infinite (1996) and the extended play Slim Shady EP (1997), Eminem signed with Dr. Dre's Aftermath Entertainment and subsequently achieved mainstream popularity in 1999 with The Slim Shady LP. His next two releases, The Marshall Mathers LP (2000) and The Eminem Show (2002), were worldwide successes and were both nominated for the Grammy Award for Album of the Year. After the release of his next album, Encore (2004), Eminem went on hiatus in 2005, partly due to a prescription drug addiction.[3] He returned to the music industry four years later with the release of Relapse (2009) and Recovery was released the following year. Recovery was the best-selling album worldwide of 2010, making it Eminem's second album, after The Eminem Show in 2002, to be the best-selling album of the year worldwide. In the following years, he released the US number one albums The Marshall Mathers LP 2 (2013), Revival (2017), Kamikaze (2018) and Music to Be Murdered By (2020). Eminem made his debut in the film industry with the musical drama film 8 Mile (2002), playing a fictionalized version of himself, and his track "Lose Yourself" from its soundtrack won the Academy Award for Best Original Song, making him the first hip hop artist ever to win the award.[4] Eminem has made cameo appearances in the films The Wash (2001), Funny People (2009) and The Interview (2014) and the television series Entourage (2010). He has also developed other ventures, including Shady Records, a joint venture with manager Paul Rosenberg, which helped launch the careers of artists such as 50 Cent, Yelawolf and Obie Trice, among others. He has also established his own channel, Shade 45, on Sirius XM Radio. In addition to his solo career, Eminem was a member of the hip hop group D12. He is also known for collaborations with fellow Detroit-based rapper Royce da 5'9"; the two are collectively known as Bad Meets Evil. He was the best-selling music artist in the United States of the 2000s and the best-selling male music artist in the United States of the 2010s, third overall. Billboard named him the "Artist of the Decade (2000–2009)". The Marshall Mathers LP, The Eminem Show, "Lose Yourself", "Love the Way You Lie" and "Not Afraid" have all been certified Diamond or higher by the Recording Industry Association of America (RIAA).[5] Rolling Stone has included him in its lists of the 100 Greatest Artists of All Time and the 100 Greatest Songwriters of All Time. He has won numerous awards, including 15 Grammy Awards, eight American Music Awards, 17 Billboard Music Awards, an Academy Award and an MTV Europe Music Global Icon Award. He has had ten number-one albums on the Billboard 200—which all consecutively debuted at number one on the chart, making him the first artist to achieve this[6]—and five number-one singles on the Billboard Hot 100.[7] 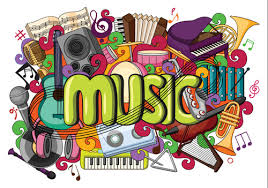 Music is the art of arranging sounds in time through the elements of melody, harmony, rhythm, and timbre.[1][2] It is one of the universal cultural aspects of all human societies. General definitions of music include common elements such as pitch (which governs melody and harmony), rhythm (and its associated concepts tempo, meter, and articulation), dynamics (loudness and softness), and the sonic qualities of timbre and texture (which are sometimes termed the "color" of a musical sound). Different styles or types of music may emphasize, de-emphasize or omit some of these elements. Music is performed with a vast range of instruments and vocal techniques ranging from singing to rapping; there are solely instrumental pieces, solely vocal pieces (such as songs without instrumental accompaniment) and pieces that combine singing and instruments. The word derives from Greek μουσική (mousiké; "(art) of the Muses").[3] In its most general form, the activities describing music as an art form or cultural activity include the creation of works of music (songs, tunes, symphonies, and so on), the criticism of music, the study of the history of music, and the aesthetic examination of music. Ancient Greek and Indian philosophers defined music in two parts: melodies, as tones ordered horizontally, and harmonies as tones ordered vertically. Common sayings such as "the harmony of the spheres" and "it is music to my ears" point to the notion that music is often ordered and pleasant to listen to. However, 20th-century composer John Cage thought that any sound can be music, saying, for example, "There is no noise, only sound."[4] The creation, performance, significance, and even the definition of music vary according to culture and social context. Indeed, throughout history, some new forms or styles of music have been criticized as "not being music", including Beethoven's Grosse Fuge string quartet in 1825,[5] early jazz in the beginning of the 1900s[6] and hardcore punk in the 1980s.[7] There are many types of music, including popular music, traditional music, art music, music written for religious ceremonies, and work songs such as chanteys. Music ranges from strictly organized compositions—such as Classical music symphonies from the 1700s and 1800s—through to spontaneously played improvisational music such as jazz, and avant-garde styles of chance-based contemporary music from the 20th and 21st centuries 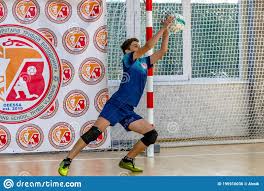 I'm max.I play handball.My native city in Rozdilna. I plan to be a progromist in 10 years and work alone. And do handball. My company will be in Odessa on Derebasovskaya. she will deal with sites like me.Many influences are cited as antecedents to the modern guitar. Although the development of the earliest "guitars" is lost in the history of medieval Spain, two instruments are commonly cited as their most influential predecessors, the European lute and its cousin, the four-string oud; the latter was brought to Iberia by the Moors in the 8th century.[9] At least two instruments called "guitars" were in use in Spain by 1200: the guitarra latina (Latin guitar) and the so-called guitarra morisca (Moorish guitar). The guitarra morisca had a rounded back, wide fingerboard, and several sound holes. The guitarra Latina had a single sound hole and a narrower neck. By the 14th century the qualifiers "moresca" or "morisca" and "latina " had been dropped, and these two chordophones were simply referred to as guitars.[10] 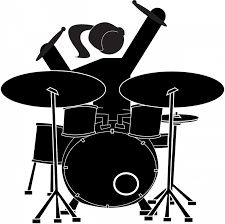